KALASHNIKOVS WERE MADE HERE 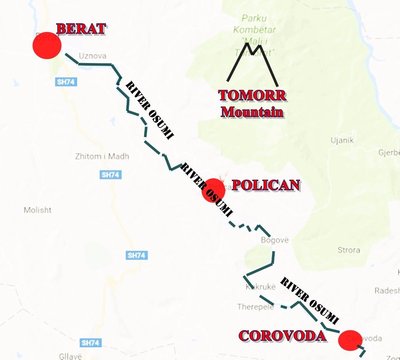 The town of Poliçan was a pleasant surprise. We were expecting to find a drab place because of its industrial heritage. Far from it: Poliçan was a cheerful, vibrant place. We parked at the top end of the sloping triangular piazza named after the large mountain (Tomorr: 2,416 metres), which dominates the area around Berat and Poliçan. 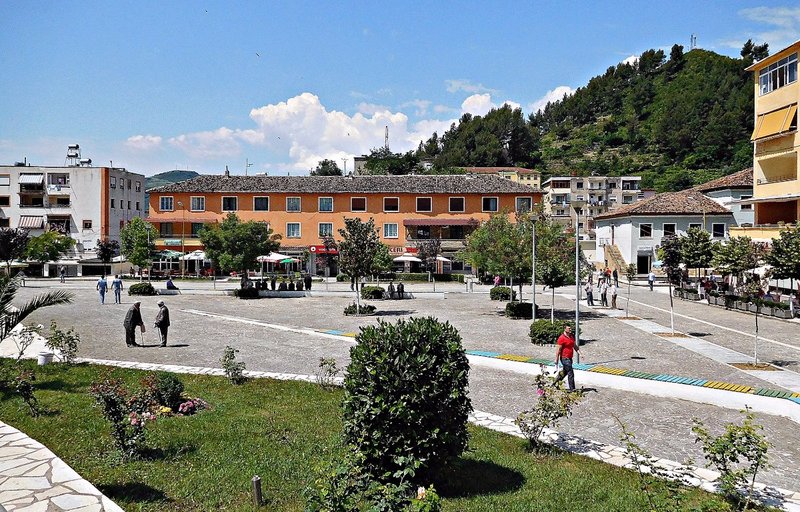 The piazza, is a right-angled triangle in plan. Its two shorter sides were lined with well-restored, freshly painted Communist-era buildings with shops and cafés. We joined the crowds drinking under colourful umbrellas outside cafés on the Rruga Miqesia, which runs off the piazza towards the town’s cultural centre and Bashkia (both built in the Communist period). 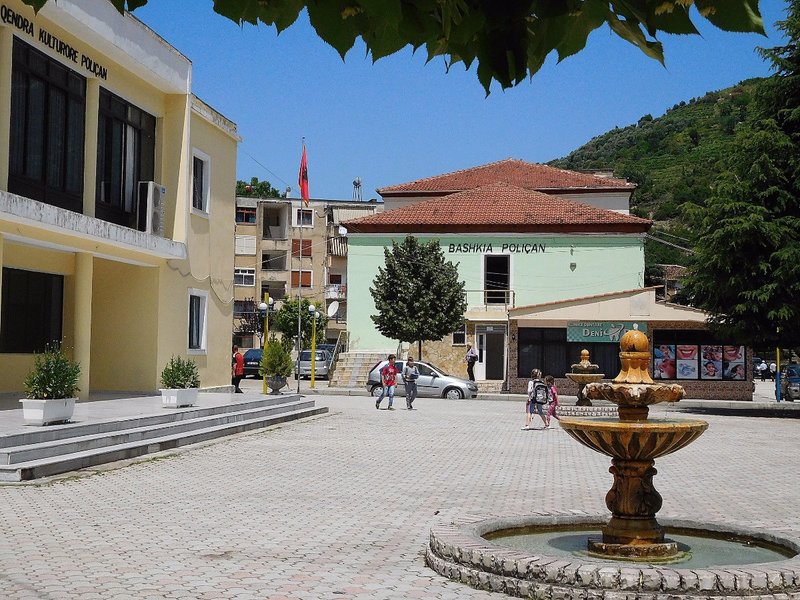 It was about 11 am on a working day. There seemed to be many people with sufficient time for sitting leisurely in cafés or just strolling up and down the street. A girl, who ran a mobile ‘phone shop (on her own), sat with friends at a table in a café near to the shop, and only left them if a customer entered her showroom. A long out of date poster on a building advertised a meeting in Tirana for adherents of the Bektashi sect. 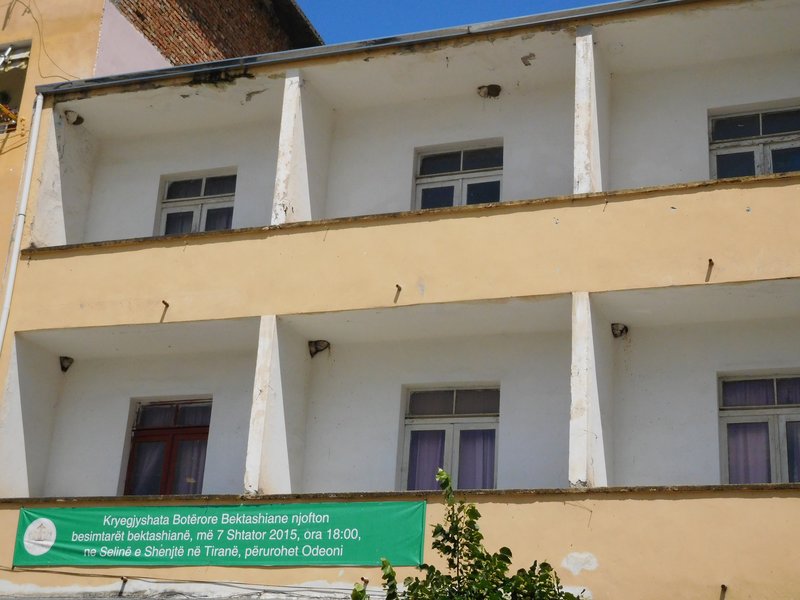 Polican: a poster for a Bektashi (sort of Sufi 'sect' of Islam popular in Albania) meeting 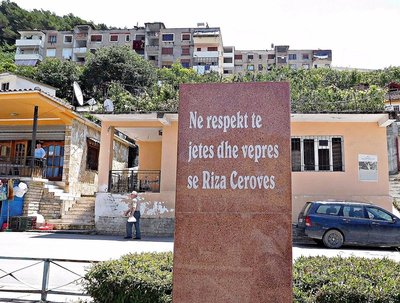 Near the upper end of the triangular piazza, there was a new marble monument commemorating Riza Cerova (1896-1935). He was born just south of Poliçan, and became a leading protagonist in the ‘June Revolution’ of 1924, when supporters of Fan Noli forced Ahmed Zogu to flee from Albania. For a brief time, Noli became Albania’s Prime Minister. However, at the end of 1924, aided by the Yugoslavs and Greeks, Zogu made a counter-coup, and then assumed control the country. Soon after this, he had himself crowned ‘King Zog’. Following Noli’s defeat, Cerova joined the German Communist Party, and later returned to Albania where he led anti-Zogist fighters. He died during an encounter with Zog’s forces. 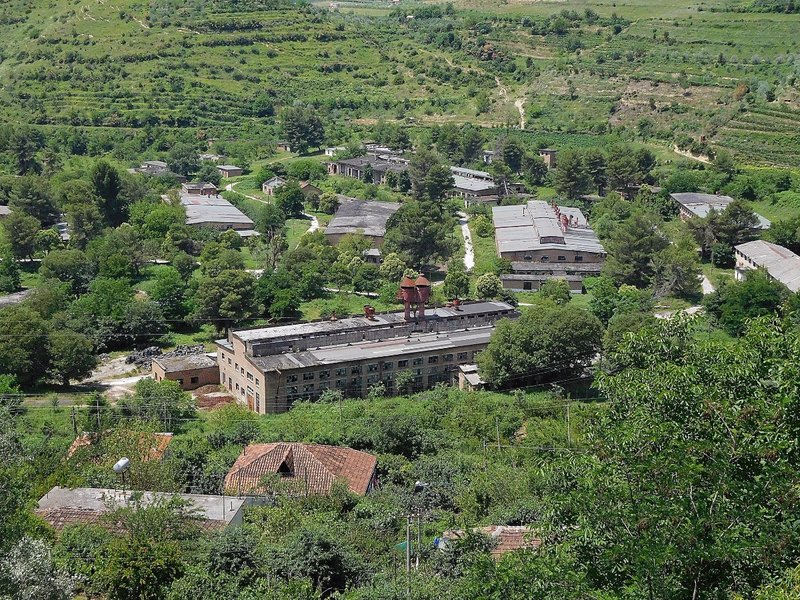 Poliçan was important during the Communist period. It was home to an enormous arms and ammunition factory, the KM Poliçan, which was opened in 1962. This produced its own versions (the ASH-72 and ASH-82 series) of the Kalashnikov gun as well as other munitions. The factory lies amidst cultivated terraced fields on the slopes of a natural amphitheatre away from, and beneath, the southern edge of the town. Workers used to approach the factory from the town by a long staircase. 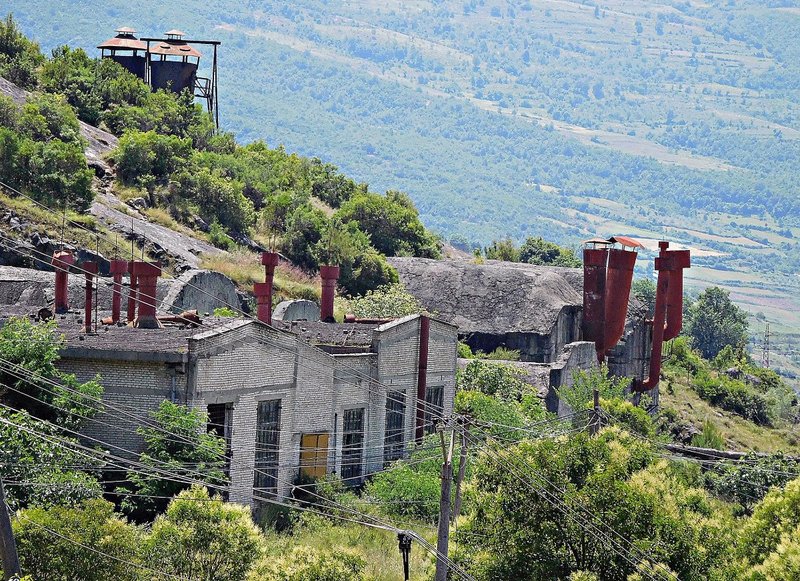 We counted at least twenty-five industrial buildings in the complex, many of them with broken or missing windows. None of the numerous rusting ventilators on these edifices were emitting smoke, and there were no signs of life.

The slopes surrounding the factory below were dotted with concrete and metal entrances to underground stores and tunnels. During the unrest of 1997, KM Poliçan was temporarily taken over by criminal gangs while the city was in ‘rebel’ hands. The factory is still used, but mainly to de-activate out-of-date Albanian weaponry. It was difficult to imagine that the peaceful scene, which we observed from a track overlooking it, had such an explosive history. 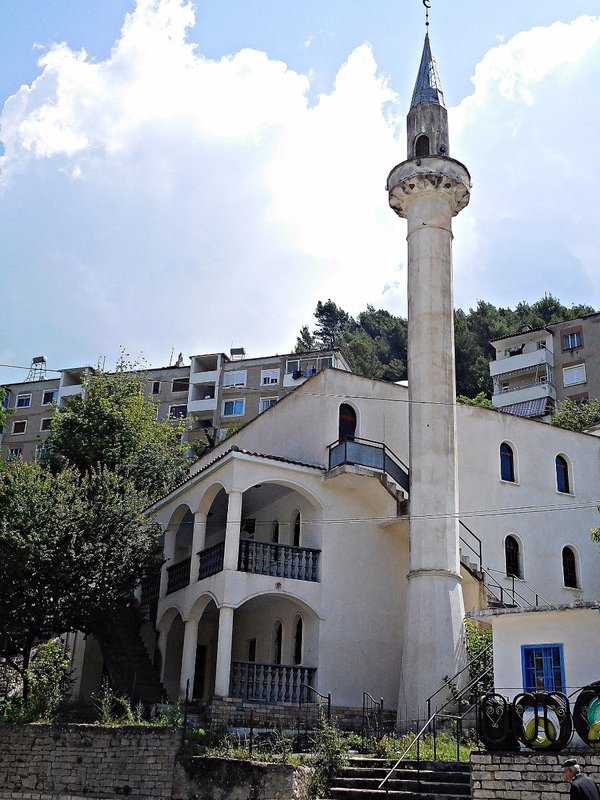 The book is available on Amazon, lulu.com, bookdepository.com, and Kindle.

Previous Next Table of contents

This blog requires you to be a logged in member of Travellerspoint to place comments.

If you aren't a member of Travellerspoint yet, you can join for free.